When finding the right scale for your future model train set up, you need to know all the technical differences. Only you know what is best for you, but to give you a helping hand this article will cover the distinct differences between the similar N and Z scale model trains. They are two of the smallest scales on the market, but that doesn’t mean they aren’t also vastly different.

This article will give you everything you need to know about N scale vs Z scale in model trains. N scale is by the far the most popular scale of the two; if you are looking for more variety and cheaper prices, then N scale is the way to go. N scale is almost twice the size of the Z scale, being 1:160 real size. This means you are going to find far more detail on these pieces than you may find on the Z scale. Because this scale is so much larger, manufacturing trains and carriages is an easier process. Parts are not expected to be so small, so the price is a little cheaper.

Many people who choose to get into N scale stick with it as there is far more on offer for your average model train enthusiast. The biggest technical difference between the two is the track gauge. N scale track gauge is 9mm, which is almost the length of your fingernail. This means your model railway may end up taking up more room. If space is limited, the N scale might not be the way to go. 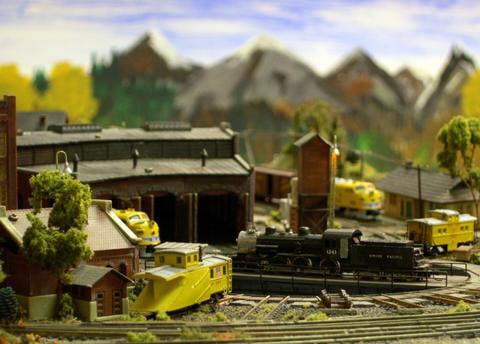 Z scale is nowhere near as popular as the N scale, largely because of the price. Z scale is notoriously pricey because the pieces are so small. Manufacturing Z scale trains is a much more difficult process, so the price will reflect this. If the price isn’t a problem, you are in luck; the Z scale is so small that you will be able to make tremendously complex model railway lines without having to take up much space at all. If space is limited, the Z scale is the way to go.

Z scale is only 6mm gauge, which is just half the length of one of your fingernails. They are very small, but that is part of the reason they are so impressive. Unfortunately, because they are so expensive they are also no way near as popular. This has lead to your choices becoming very limited. There are far fewer trains, carriages, and decorative pieces available for the Z scale than the larger scales.

Which scale is best for you varies so much depending on what you are looking for. They are far more different than many people might first think. They are both small, but they are still so unique. If you are trying to save space and money is no problem, the Z scale is probably the way to go. If you are trying to prioritize creative flexibility and save money, the N scale is the way to go. They are both great choices, it is just that the N scale has more variety.