The Trans-Mongolian Railway is a transportation route that connected Moscow and Beijing for the first time. This collaborative project between Russia, Mongolia, and China has been a huge boost to all the three countries’ economies and has also provided a wonderful opportunity for adventurous travelers and train enthusiasts.

Here are 25 amazing facts about the Trans-Mongolian Railway: 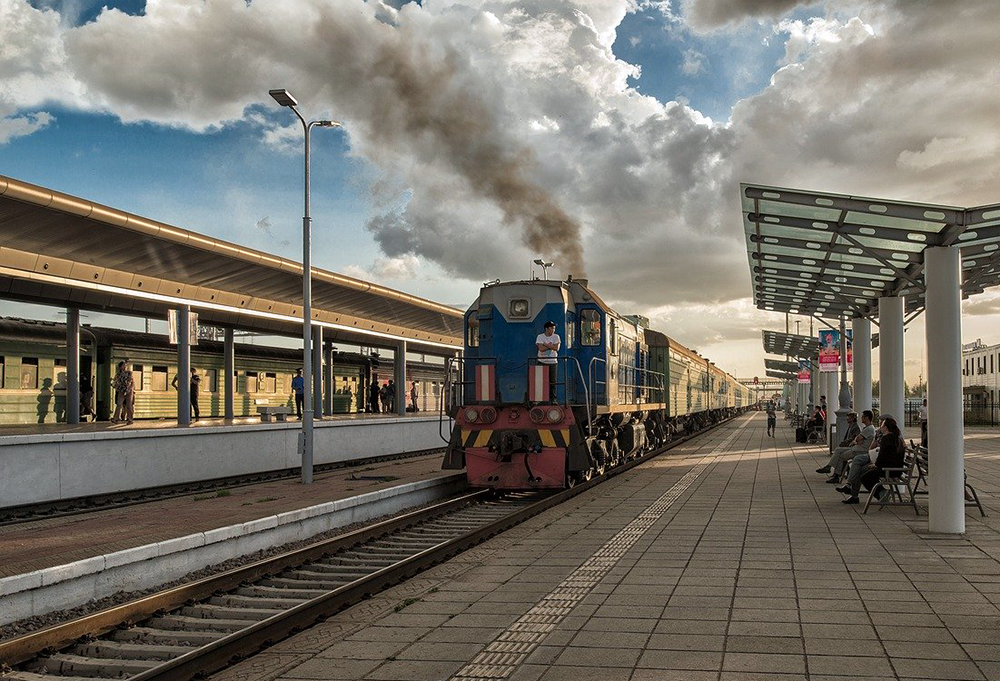 #1 – The Trans-Mongolian Railway is an incredible 7,621km long journey! This distance from Moscow to Beijing is almost as long as going back and forth across the width of continental United States of America. It is certainly not a trip to be taken lightly.

#3 – This railway was planned and constructed around the end of the 19th century to help improve trade and transport between Moscow and Beijing. Beforehand, travel needed to be done by horse and cart or in some rare cases by car. This was completely unfeasible especially in the dead of winter.

#4 – Even at the end of the 20th century when plane travel became common, flights from Moscow to Mongolia were incredibly expensive, so were flights to Beijing. This made the Trans-Mongolian railway a very popular choice for middle-class travelers and has continued to be that way ever since.

#5 – The Trans-Mongolian Railway runs all year-round. If you don’t mind the shorter days and the well below freezing temperatures (some times as low as -25 degrees Celsius), winter is a much quieter and slightly cheaper time to travel. If you would prefer longer days and more warmth, prepare for mosquito overload! You should make sure to pack plenty of bug spray as they will be brutal, especially through Mongolia.

#6 – Third class cabins have a reputation for being crazy. If you are looking for a relaxing journey you absolutely must travel in at least the second class. The third class cabins are how the Russian workforce gets to Beijing: they are loud, probably drunk, and all in a very cramped area. Maybe this is the way some want to travel, but not for most people who want to enjoy the journey too.

If you have the money, choose the first class. Here’s what it looks like:

#7 – Unlike its counterpart the Trans-Siberian Railway, the Trans-Mongolian passes through three countries: Russia, Mongolia, and China. Because of this, you will need 3 different visas for your rail journey. It can be hard to get them on the train so it’s better to sort them beforehand and avoid all the drama at the border crossings.

#8 – The route of the Trans-Mongolian Railway was actually based off of an ancient tea caravan route for Chinese tea merchants to sell their wares in Mongolia and the Russian cities. Tea is still transported along this route, though now it is by a train, of course. Tea in the East describes the various habits of countries along the “tea route”.

#9 – Although the majority of the rail was built in the 19th century, Mongolia only had its section of the rail built in the mid-1900s. This was only the second railway line Mongolia had ever had; the first was for transporting coal and was only about 50km long.

#10 – There is a very casual dress code on the train (unlike the black-tie evening suit passengers wear at dinners on the Orient Express). Many people change into pajamas and slippers before the journey starts, helping keep the train clean and themselves comfortable. It is not a rule per se, but it is not socially acceptable to wear shoes on the train especially in cabins and absolutely never when sitting on the bed. 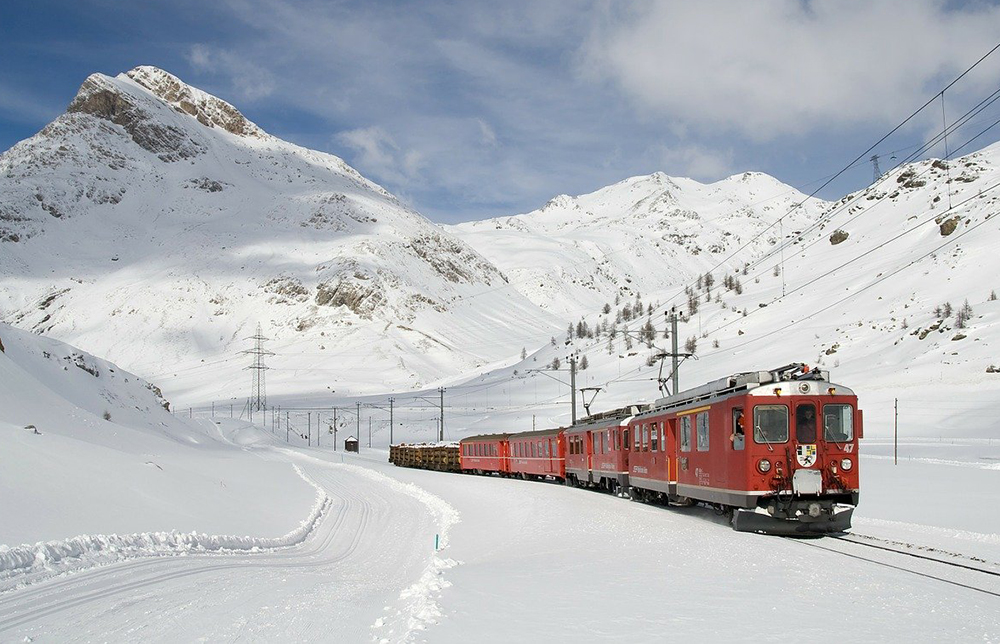 Image by WikiImages from Pixabay

#11 – This railway averages over 4 million passengers per year as of 2001, which is a lot considering that this means 11,000 people are traveling this gargantuan journey every single day. For such a huge undertaking, this is actually a very common form of transport in this area of the world.

#12 – Because Russia and Mongolia run at the same gauge, they have no problems when each train enters a new country, but the Chinese rails are slightly smaller gauge so when moving to and from China the bogies/wheel truck of each carriage must be changed. It is not the most convenient option, but neither country is willing to change their entire rail network to match the others, understandably so.

#13 – There is no wifi up and down the Trans-Mongolian Railway. Because of this, it is recommended that you make sure you have a good data package on your phone. There is a usable 3G quality service most of the journey and high-speed 4G near most major cities along the way.

#14 – When picking which train to travel on this railway, you should know that it is best to aim for the higher numbers. Price and speed are tied to the height of the number: the higher the number, the cheaper and slower the train. If you end up going for higher speed and price, pick lower numbers.

#15 – Australian tourists have a reputation of traveling this railway on the higher-priced trains and on many occasions getting obnoxiously drunk and loud. If you want to avoid them, and other loud western tourists and would rather ride in a calm quiet atmosphere, it’s better to aim for the higher numbered, lower-priced trains.

#16 – At the end of most train cars there are water boilers available for use. Because of how long and how cold the journey can be, this gives you the ability to make tea, coffee and packet made soups, and instant noodles. This is also the only source of freshwater, so it is best to bring as much bottled-water with you as you can. #17 – A second line of the Trans-Mongolian is planned by Mongolia to help improve their shipping capabilities between Russia and China. The planning was started in 2014, but the project is still not near completion.

#18 – Each country owns its own state’s section of the railway (of course). But there are plans to sell off part ownership of each state’s railway to private investors. It is still unclear if this will come to fruition or each country will try to protect its interests. Some countries such as the United Kingdom have had success selling off large parts of their railway ownership already to help fund rail development and expansion.

#19 – Because of how long and cold the journeys are, at some stops elderly Russian women will board the faster trains to try and sell you a home-cooked meals! If you like smoked fish, this is great. If that doesn’t sound appealing to you, maybe give it a miss.

#20 – The Trans-Mongolian Railway varies in journey time depending on which train you choose to travel on. The average is about 6 days for the whole journey, and that’s assuming you choose not to make any stops along your way.

#21 – Whilst there are somewhat clean toilets on this train, they are not the best. Every train, even the cheaper ones, have attendants to keep the toilets clean. You need to bring your own toilet paper though and be warned, there is no plumbing as they open out directly onto the track! Because of this, the toilets are out of bounds when near civilization (including in train stations)… 50km is normally the rule of thumb.

#22 – Conversely to the Trans-Siberian Railway going through arctic tundra, the Trans-Mongolian Railway actually travels through a large section of the Gobi Desert. You may be lucky enough to see wild Bactrian Camels on your journey through the Gobi.

#23 – The trains are very safe from theft and vandalism; one of the reasons is because every class comes with some safe lockable storage. If you are in first or second class, you will be able to lock the cabin door, but if you are brave and opt for third-class, your bed actually doubles as storage so you can sleep on top of your lockbox of personal property. Theft is very uncommon but it is best to use your common sense as you always would.

#24 – In most of Mongolia, there is only a single track available for use (for now) while in China, there are two. Because of this, there can often be some delays when traveling through Mongolia as trains can only go one way at a time. This can give you an opportunity to see a bit more of Mongolia, but it is still best to stay onboard as there may not be much warning about when the train plans to leave again. Depending on the attendant, you may not be let off the train at all for this very reason.

#25 – If you are lucky enough to have a proper food car onboard, make sure to take advantage of it. Although they will all sell snacks such as chips and candy bars, the food car will often sell local cuisine along the journey. Russian food cars will sell kasha (a buckwheat meal) sometimes with beef, Mongolian ones will sell noodles with goat or beef, and Chinese ones will sell dumplings with soup. It is a great way to experience the local culture without even leaving the train.

It may not be as famous or well-traveled as the Trans-Siberian Railway, but this route though Mongolia should be. The Trans-Mongolian Railway is a truly amazing journey that’s well within the means of any train enthusiast or excited traveler. From its rich history, incredible cuisine and scenic beauty, it really does have something for everyone.

If you are on the fence about taking this journey, don’t be! It is well worth the time and money to be able to experience such a unique view into Russia, Mongolia, and China. You need to plan ahead, but if you do in detail, it should be an easy ride. Safe journey!